One In the Spirit 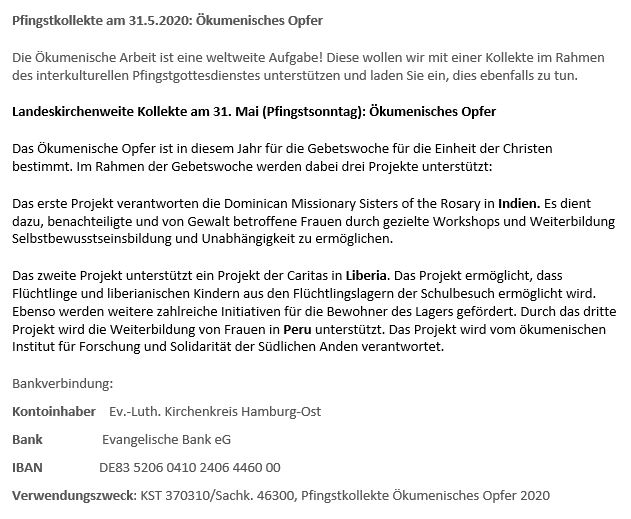 Created in the Image and likeness of God

Standing up Against Slavery and Trafficking

The issue of human trafficking doesn’t make for an easy sermon topic. It is a topic that does not amuse its hearers but one that create anger pain even to those hearing about this sad issue. It is very disturbing.

I must admit when I was preparing this sermon, I was confronted with facts and figures about modern day slavery and human trafficking that made me quite shocked and opened my eyes to this immense evil in our world today.

Most of us may think that human trafficking is something of the past; the saying goes.. gone are the days of Slavery. We are making the biggest mistakes. Human trafficking is real and a very tragic form of oppression in our world today. Slave master have rediscovered how profitable it is to buy and sell people. There are regular reports on this topic in the news and newspapers. For example, about some five years ago there was a report on the BBC, that a group have found about 1000 Nigerian women stranded in Mali, tricked to go there by promising them to get them to Europe. A typical CASE OF HUMAN TRAFFICKING I am sure some of us have heard similar reports of this evil in our world today or may even know people who are or were victims of such crime. Human trafficking is an illegal trade in human beings for the purpose of commercial sexual exploitation or forced labour, a modern day form of slavery. Slavery is a system by which people become the property of others.

Today there is an estimate of about 12 to 27 Million slaves, most are debt slaves largely in south Asia, under debt bondage. Victims are typically recruited through deceit or trickery (promise of false jobs, migration, marriages etc.
It is the second largest fastest growing illegal criminal activity in the world today. The UN estimates the total market value of this illegal trade at more then 32 Billion Dollars a year.

Why should we be concerned with this evil?

With over 1 million people being trafficked around the world each year, this is an issue which we need to find a ‘Christian response’ to, and that response has to be deeply rooted in the Scriptures, in who God has revealed himself to be, and in what he expects of us, his people.
We act to stop human trafficking because it is something that needs doing. We do it because it is a preoccupation of God’s heart. We take the lead from him. We as Christians cannot afford to sit and see how million of peoples are dehumanised each year. We are called to be our brothers and sisters keepers, for we are one family and one people. Where have we placed the prophetic role of the church? We should be the voice of the voiceless and oppressed. For slavery deprives us from being ourselves, people created with dignity, in the image and likeness of God- it endangers our own existence. This may include Poverty, Homelessness, and Racism etc.. But today I will like to zoom in on Slavery and Human trafficking.

Paul´s Analogy of the one Body many parts

St. pauls put it very clear today in his letter to the Corinthians 1: 26, if one part suffers, every part suffers with it; if one part is honoured every part rejoice with it and I add if one part is dehumanised, all other part suffer with it…..
Christ and his Church are one body as head and members. Christians become members of the body by baptism, through which we are reborn. It is by the spirit that we are made members of the body of Christ. Each member has its form, place and use. There must be distinction among the members of the body. We have different powers and different roles. We should do our respective duties and not quarrel with other. All the members are useful and necessary to each other. The members should be closely united by the strongest bond of love for the good of the whole must be object of all. We are all dependent one upon the other, each is to expect and receive help from the rest. We are called to have the united of the Holy Spirit.

Unity is a gospel imperative and disunity is a hindrance to evangelisation. Paul seems to be concerned with unity. He calls the Corinthians to set aside their differences and draw together under the grace of Jesus Christ Paul calls believers to be united in the same mind and purpose- that of Jesus Christ. In the beginning there was absolute unity between everything, between God and man, this unity was broken by sin and thus suffering came into our broken world. Heaven and earth became separated. Distance came between humanity and God. Because of God’s love for us, Christ came and restored the unity that was lost. We can only unite effectively around something that takes precedence over all other aspects of our lives. We can unite if we invest energy and effort in following unity as a gospel imperative. Unity among us followers of Christ is paramount in fighting against such an evil as human trafficking.

Faith must be followed by Deeds

We must allow service to Christ find reflections in our everyday lives. If we do our Christian show off but show no love and concern for the brother or sister we see then we are hypocrites. My Christian Faith must be followed by deeds that are commensurate to my faith. We are called to be people of action and not just mere words.
As disciples we have no choice but to follow our Lord and master in bring peace into our World. We are called to establish the kingdom of god here on earth.

Jesus declared his mission in this world in Luke 4: 18-19

18 „The Spirit of the Lord is on me, because he has anointed me to preach good news to the poor. He has sent me to proclaim freedom for the prisoners and recovery of sight for the blind,
to release the oppressed, 19 to proclaim the year of the Lord’s favor.“

Jesus came to set the captives free. Jesus also came for the victims of Human trafficking and is concerned about their well being therefore we who are followers of his ought to also show concern for these oppressed sister and daughters of ours. We are called to bring hope to these suffering members of the Body of Christ. We should give the victims hope that life is still worth living. We should open our eyes to ways we can help, how we can make opportunities in making a difference in our world. Evil enters our world because we do not follow the king our Lord Jesus Christ. When we do not follow him but rather our own inclinations and ways chaos and oppression are the results. But if we follow the King we shall be people who bring peace and justice into our world.

How did Christ fight the battle against the evil on our world?

Jesus has shown us how to fight the battle: Remember Jesus

Trafficking of humans is an utterly despicable crime, on par with and at times worse than murder. It is a crime against humanity and must be censured universally. If the world community does not act decisively all human dignity is at risk. In not reaching out to help those in distress we fail to love selflessly and thus fall short of the way of love demonstrated by Jesus Christ. In what we’ve considered here there are plenty of reasons and loads of motivation for action. We could add the pragmatic observation, in addition, that criminal organizations are allowed to flourish by inaction or ineffective action. For the good of us all, we need to act while we have the
Opportunity. Silence and inaction serve to strengthen the forces of wickedness.

Let pray for those suffering as a result of this human greed!
That we should not be complacent but to act now
Pray that God will show us the way to tackle this problem.